Keeping up with the Joneses

Posted on June 6, 2015 by gravelyspeaking 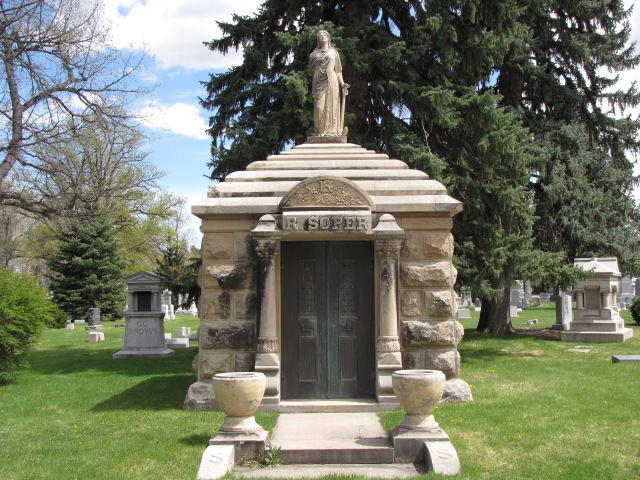 The Soper Mausoleum in the Fairmount Cemetery at Denver, Colorado, was commissioned by Susan Soper in honor of her husband, Roger.  The mausoleum is constructed of rusticated sandstone, that is, the sandstone on the sides of the mausoleum are rough cut as opposed to smooth or polished. Flanking the doorway are Corinthian columns that support an arched doorway with an intricately carved frieze in a half circle. Intertwined in the frieze are laurel leaves, symbolizing victory over death, and acorns and oak leaves, representing strength.

The roof of the tomb is constructed a series of stacked slabs each being smaller than the one before in creating a step pattern. Atop the top step is the life-sized allegorical figure of Hope, common in American cemeteries, leaning on an anchor. Hope looks toward the Heavens clutching her breast. The anchor, one of the earliest Christian symbols, represents faith. The anchor was used by early Christians as a disguised cross.  The anchor also served as a symbol of Christ and his anchoring influence in the lives of Christians. 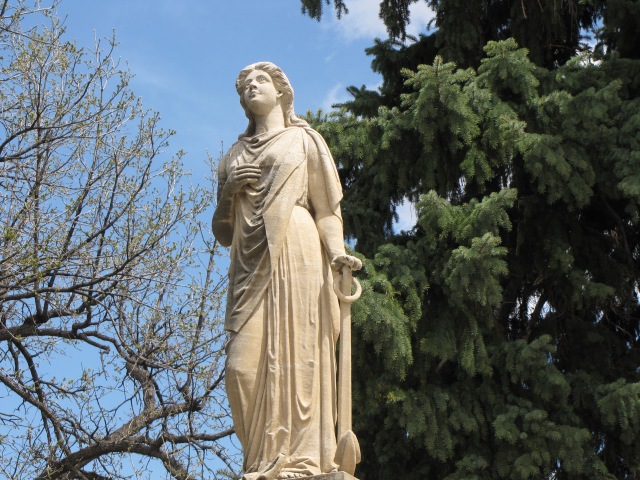 According to Pioneer Cemeteries: Sculpture Gardens of the Old West written by Annette Stott, (page 182) the Soper Mausoleum was the first mausoleum built in the Fairmount Cemetery triggering a sort of race to create elaborate and ostentatious displays of grief. It represented a “social competition” among the wealthy women of Denver who were “contemplating tributes to their husbands.” Wealth combined with the Victorian traditions of displaying sorrow in an outward fashion caused ever bigger and more grandiose monuments to be built. Several large and impressive mausoleums were built in Fairmount Cemetery after the Soper tomb that were meant to keep up with the Jones, or in this case the Sopers. 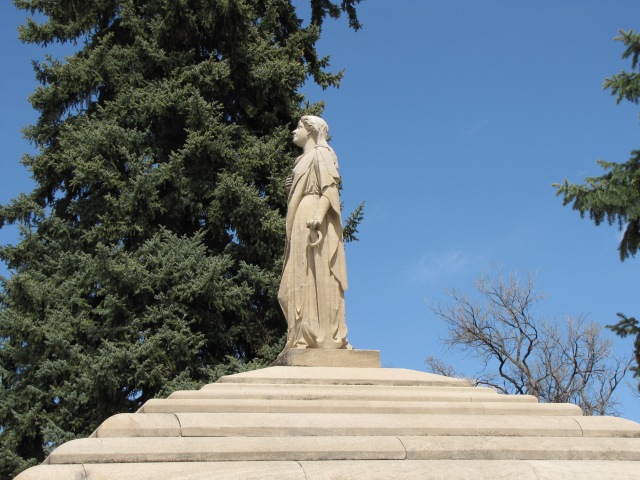