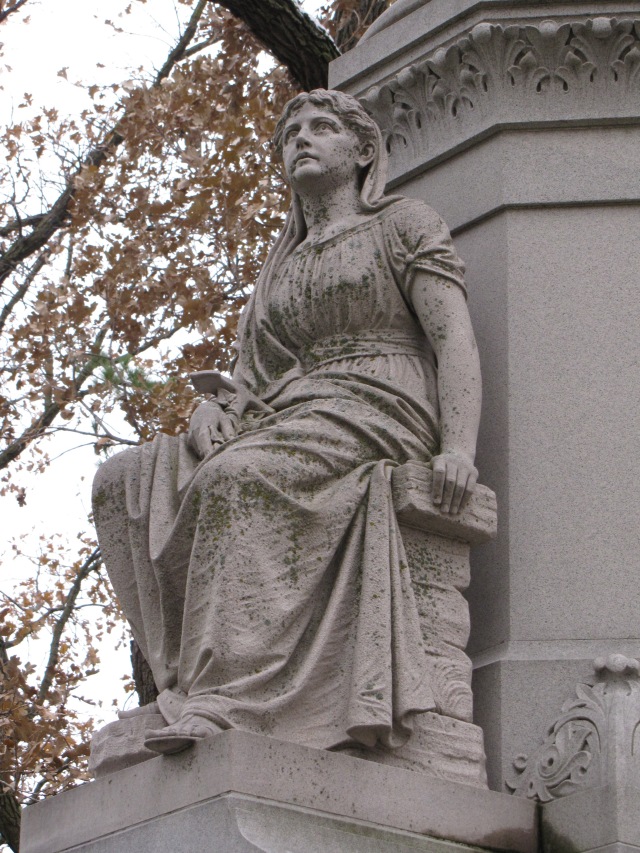 The representation of Hope can be easily found in American cemeteries.  Hope is most often portrayed as a woman standing and leaning against an anchor.  In the example above, Virtue is seated and holding a small anchor in her lap.  In the example below, she is standing but again, holding the anchor. 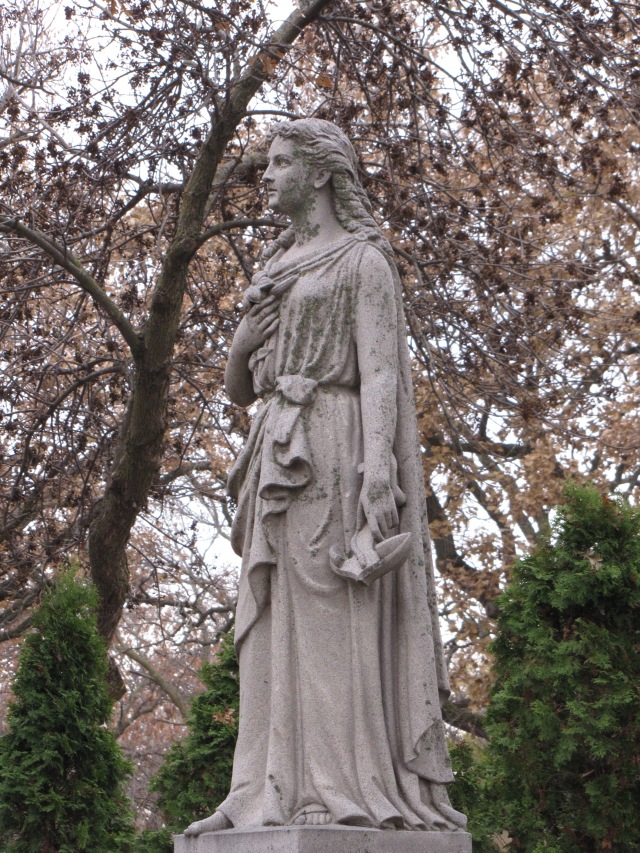