A Soldier’s Hat, On a Pedestal

Posted on February 18, 2015 by gravelyspeaking 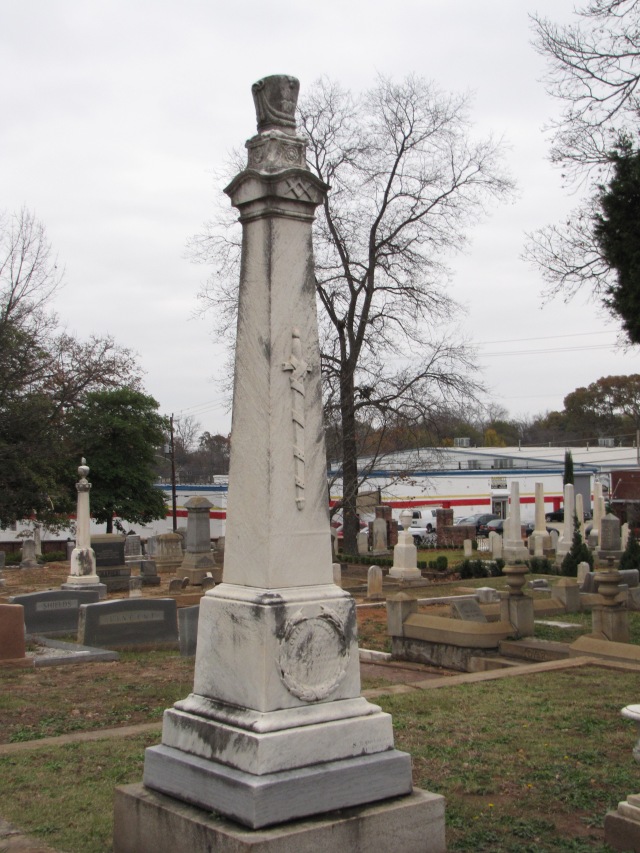 Carved atop a shaft of white marble rests a pillow with the hat of a soldier.  There are four symbols on this monument: the soldier’s hat, a sword, the laurel wreath, and the Masonic symbol.  With the exception of the later, the others refer to Solomon’s service in the Army.

Owen F. Solomon was 30 years old.  His body was brought to Atlanta, Georgia, and he was buried in the Oakland Cemetery.

The monument bears his name within a laurel wreath but the other details are illegible.  The laurel wreath dates back to Roman times when soldiers wore them as triumphal signs of glory. The laurel was also believed to wash away the soldier’s guilt from injuring or killing any of his opponents. In funerary art the laurel wreath is often seen as a symbol of victory over death.

1 Response to A Soldier’s Hat, On a Pedestal