Coming Apart at the Seams

Posted on January 2, 2015 by gravelyspeaking

“White bronze” or zinc cemetery markers were manufactured from the 1870s until 1912.  The markers are distinguished by their bluish-gray tint.  The markers are not bronze but actually cast zinc.  The zinc is resistant to corrosion but the zinc becomes brittle over time and cracking and shrinking can occur.

In this example found in the Lakewood Cemetery at Minneapolis, Minnesota, the zinc marker has a figure of a child praying. It is clear that the seam is separating, and in fact, it looks as if a repair or patch has been attempted.

The praying child zinc marker is not an uncommon marker and, in fact, could be ordered from one of the companies that manufactured these markers on different bases. The praying child marker from the Somerset Cemetery at Somerset, Ohio, has the same figure with a different and more elaborate base. 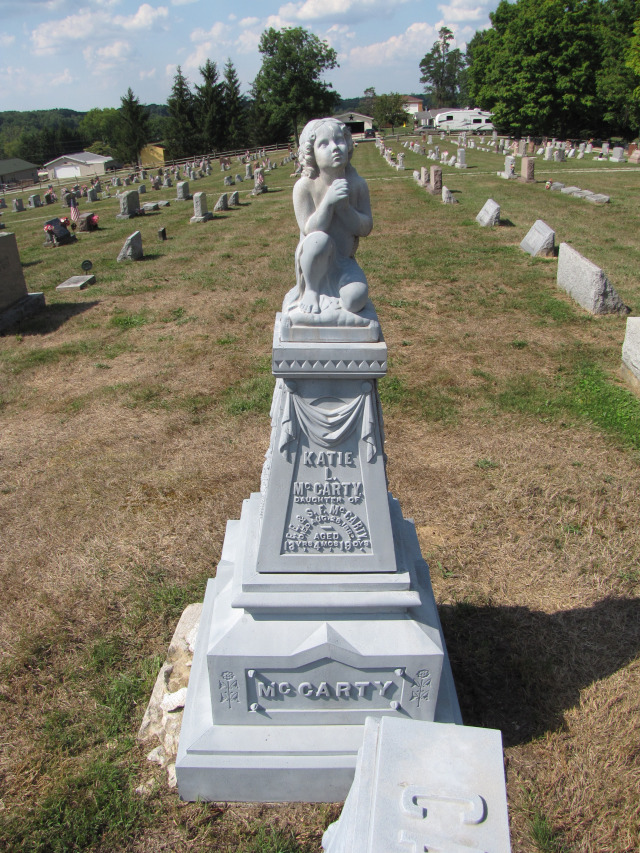 These grave markers came in a wide assortment of sizes and shapes and were somewhat like grave marker erector sets.  The more elaborate markers had a shell of sorts and then various panels could be attached according to the tastes of the family ordering the grave marker.  In this way, each marker could be “customized” to the tastes of the individual.  The markers were designed to look like traditional markers and from a distance, except for the tale-tale bluish-gray color, they do.  The markers they produced often mimicked the gravestones that were being produced in stone.  What traditional stone carvers created in marble and granite, the Monumental Bronze Company produced in cast zinc. Though the base is quite different on each of these grave markers, there is no mistaking the similarities between the statues of the child. The praying child gravestone carved in white marble is located in the Green-Wood Cemetery at Brooklyn, New York.

2 Responses to Coming Apart at the Seams