Posted on May 4, 2014 by gravelyspeaking

There are several expressions in the American lexicon that express how fleeting our time on this Earth is, how this temporal life is short. The grand old soap opera, Days of Our Lives, has as their catchphrase, “Like sands through the hourglass, so are the days of our lives.”  Life measured by the grains of sand slip through one side of the hourglass to the other in a flash.

The hourglass symbol on a gravestone, often shown with wings, as it here, represents the same thought of time fleeting by quickly reminding us of the expression “Time Flies”.  This symbol, a winged hourglass, brings that expression to life, so to speak.

A reminder in stone that life is short and that time is fleeting, every minute of every day brings one closer and closer to death.

It is also an admonition to us NOT to put off making that phone call to an ailing parent, sending that letter to a distant friend, mailing that birthday card even if it’s a day late, getting that present purchased and wrapped to celebrate an anniversary, or the simple act of telling those who you love that you do before it is too late and time has taken flight. 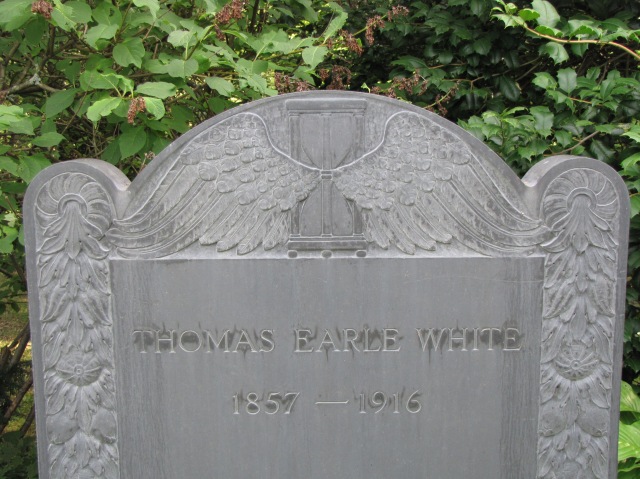