A Tale of Two Birds

Posted on October 12, 2013 by gravelyspeaking 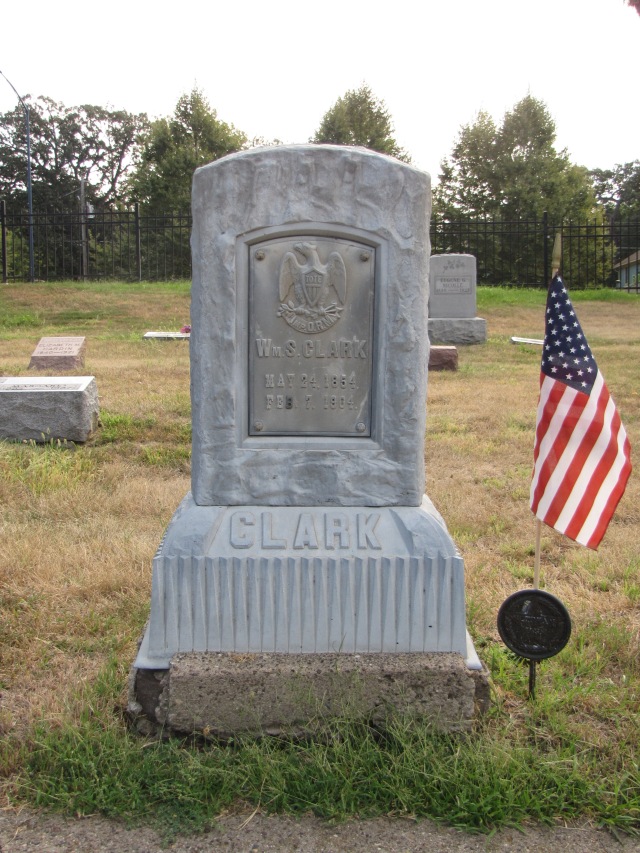 The zinc marker above marks the grave of a William Clark.  His marker is the tale of two birds.  On one side is bolted the eagle and the other a dove.

Clark was a member of the Improved Order of Redmen, which claims its beginnings with the patriots who were in the Sons of Liberty during the American Revolution.  The society models itself after the Iroquois Confederacy councils.  The society based their organization on the rites and rituals of the Native Americans.  Written on the shield on the chest of the eagle are the initials T.O.T.E which stands for Totem of Eagles.  According to their Website, the IORM “promotes patriotism and the American Way of Life, provides social activities for the members, and supports various charitable programs.”  The different clubs or chapters are divided into “tribes”. 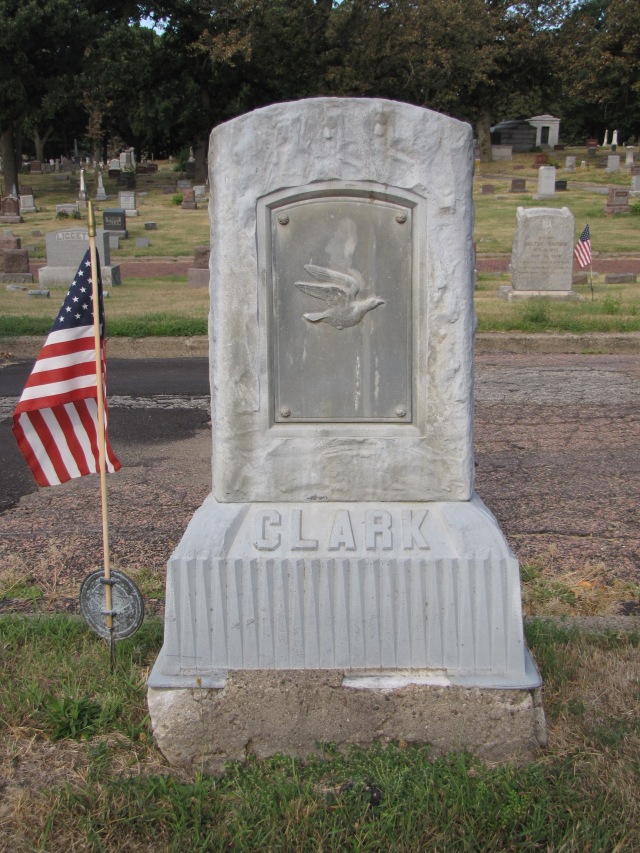 The other side of the zinc marker has bolted on it, the dove.  Several references in the Bible refer to the dove as a symbol of the Holy Spirit. Matthew 3:16 reads, “And Jesus, when he was baptized, went up straightway out of the water: and, lo, the heavens were opened unto him, and he saw the Spirit of God descending like a dove, and lighting upon him.” In Mark 1:10 the Bible says, “And Straightway coming up out of the water, he saw the heavens opened, and the Spirit like a dove descending upon him.” Again in John 1:32, the Bible reads, “And John bare record, saying, I saw the Spirit descending from heaven like a dove, and it abode upon him.”

Along with the dove symbolizing the Holy Spirit, the dove is also closely associated with peace, often depicted with a sprig of an olive in its beak. This, too, originated in the Bible. After the waters receded in the story of Noah, the dove appears. Genesis 8:11, “And the dove came in to him in the evening; and, lo, in her mouth was an olive leaf pluckt off; so Noah knew that the waters were abated from off the earth.”   It was a sign of God’s forgiveness.

Thus the dove symbolizes the Holy Spirit, peace, and purity.