Posted on September 19, 2013 by gravelyspeaking 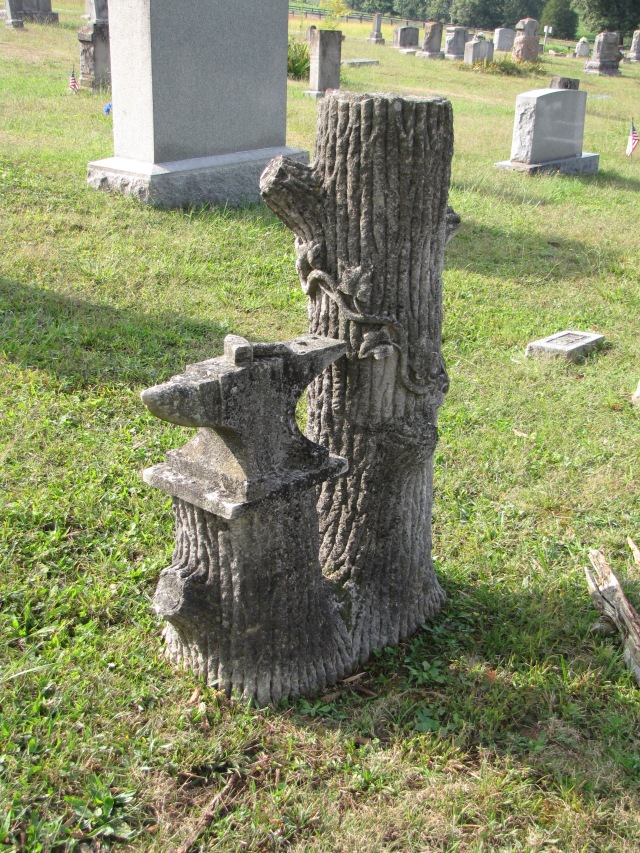 Tree stump tombstones, generally carved from limestone, were a part of the rustic movement of the mid-nineteenth century which was characterized by designs that were made to look like they were from the country. The gravestones are purposefully designed to look like trees that had been cut and left in the cemetery which was part of the movement to build cemeteries to look like parks.  In funerary art, the tree-stump tombstones were varied—the stonecutters displayed a wide variety of carving that often reflected individual tastes and interests of the persons memorialized.

The tree-stump gravestones themselves were imbued with symbolism. The short tree stump usually marks the grave of a person who died young—a life that had been “cut” short. Often a tree stump tombstone with two trunks was carved for a married couple.  Sometimes the branches intertwine as though the two trunks were hugging each other.  In this case, however, the male side of the tombstone is cut down and on top of the stump is an anvil.  It is likely that George Washington Carson was a blacksmith. 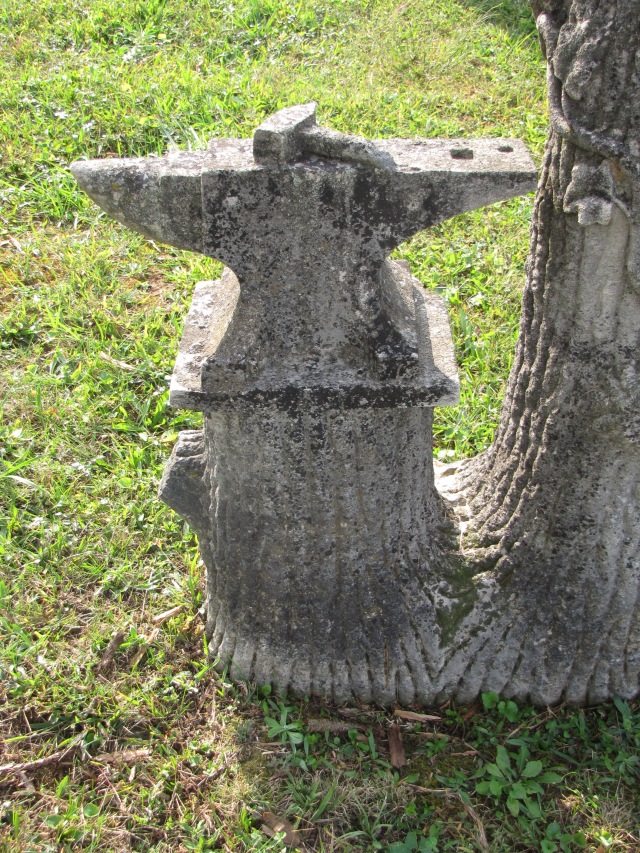 The anvil gravestone pictured above is a near perfect carving of an actual anvil.  It accurately portrays all of the main parts of the anvil, including the level top called the “face” which is depicted with a hammer laying on top.  At the posterior is the “Hardy hole“, which is used by metalsmiths for bending and punching.  The other end shows the “horn” or rounded part of the tool, with a notch cut between the horn and the face called the “step.”

Anvils have been used for thousands of years and have appeared in literature as early as 800 B.C. in Homer’s Iliad:

“He [Hephaestus] cast durable bronze onto fire, and tin,/Precious gold and sliver.  Then he positioned/His enormous anvil up on its block/And grasped his mighty hammer/In one hand, and in the other his tongs./He made a shield first, heavy and huge, /Every inch of it intricately designed./He threw a triple rim around it, glittering/Like lightening, and he made the strap silver.”

Just as a blacksmith uses an anvil to bend and shape metal into objects, the anvil is a symbol of universe being forged and created.  Searches on the Internet also list the anvil as a symbol of martyrdom. 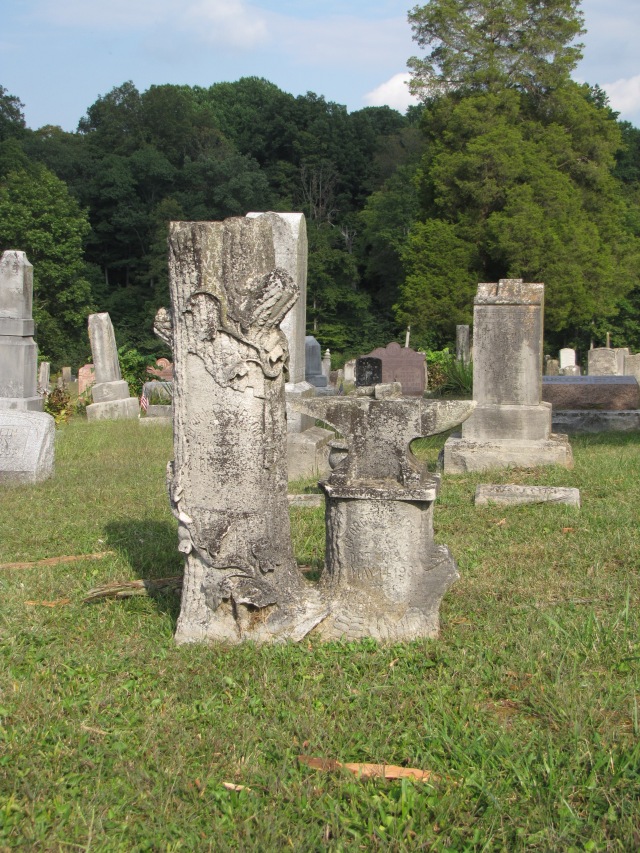 This entry was posted in Symbolism, Treestump gravestones. Bookmark the permalink.