Posted on February 23, 2013 by gravelyspeaking 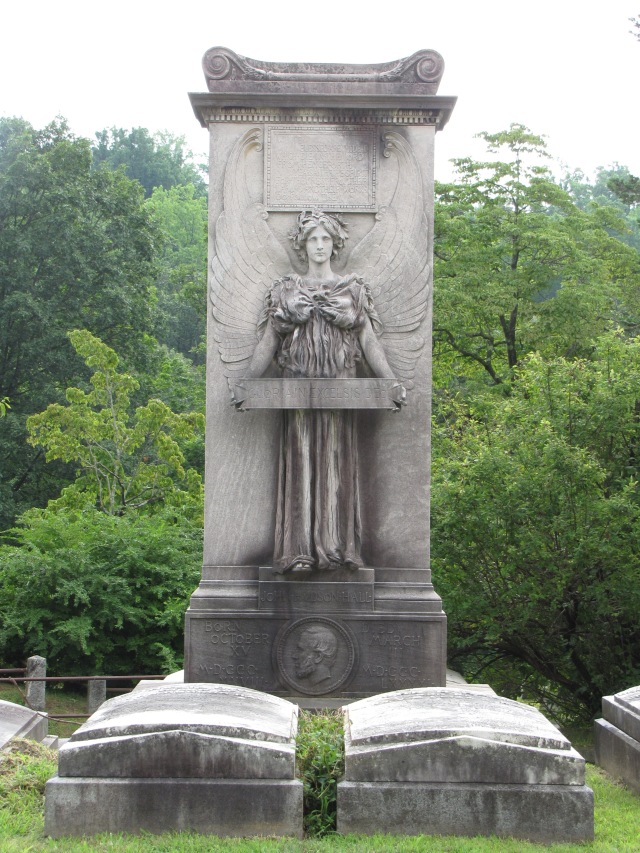 BLESSED ARE THE DEAD

WHICH DIE IN THE LORD

FOR THEY REST FROM THEIR

LABORS AND THEIR WORKS 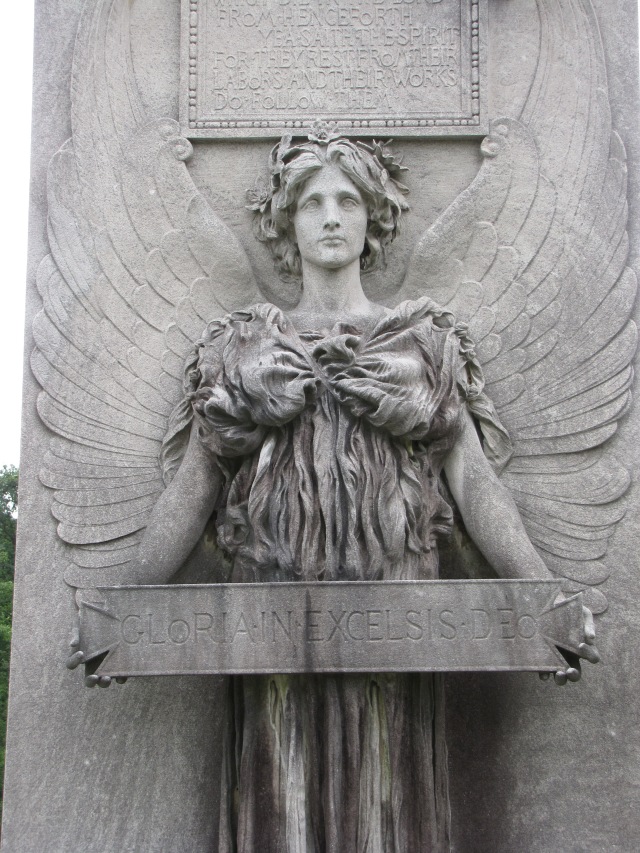 John Hudson Hall (October 15, 1828-March 3, 1891) was a successful paper manufacturer in the mid to late 19th Century.  He was also a patron of the arts.  Augustus Saint-Gaudens, the great Beaux-Arts sculptor, was commissioned to create the Hall Monument in the Sleepy Hollow Cemetery at Sleepy Hollow, New York.  The Hall Monument features an angel dressed in classical clothing holding the Latin phrase “GLORIA IN EXCELSIS DEO” which translates to “Glory to God on the highest.”  The phrase is the name of a hymn known as the Greater Doxology and also the Angelic Hymn.  The angel’s wings sweep upward above her head almost encirculing the Bibical verse, Revelation 14:13, “Write: Blessed are the dead which died in the Lord, from henceforth, Yea, saith the Spirit, for they rest from their Labors and their Works do follow them.”

Below the angel’s feet at the base of the monument is a medallion with a bas-releif portrait of John Hudson Hall with his birth and death dates on either side. 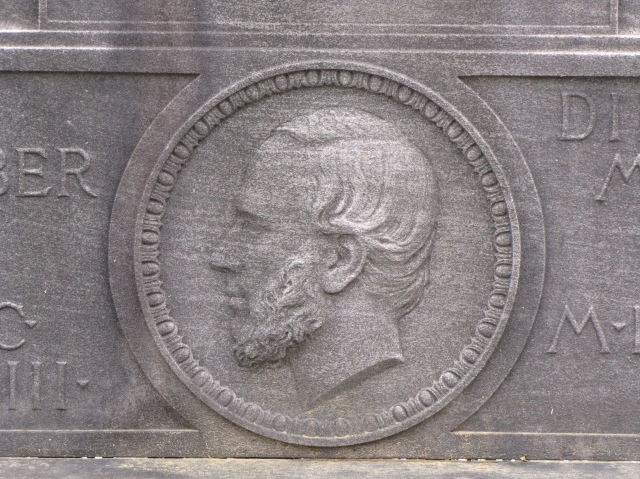 Augustus Saint-Gaudens (1848-1907) gained fame for his monumental sculptures of Civil War heroes, such as the People’s General, John A. Logan.  He designed the $20 Double Eagle gold piece, thought by many critics to be the most beautiful coin ever minted by the United States Treasury.