Posted on November 10, 2011 by gravelyspeaking 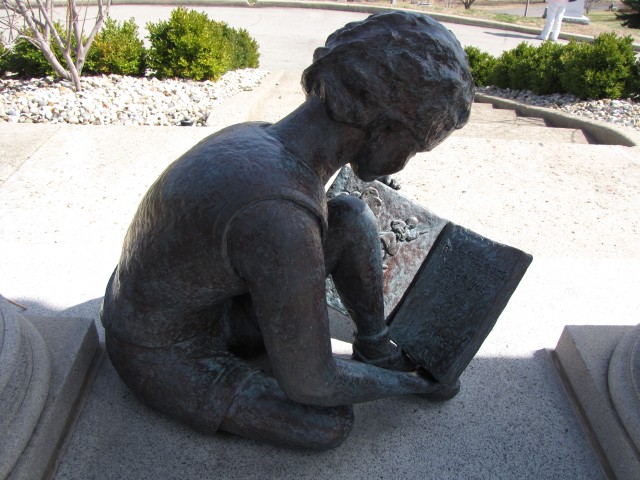 On top of the highest hill in Indianapolis, in the Crown Hill Cemetery, towers the classical monument dedicated to honor, James Whitcomb Riley, known at the “Hoosier Poet” and the “Children’s Poet.”  Riley (October 7, 1849 – July 22, 1916) was the most popular poet of the late 19th Century and early 20th Century made famous for writing poems that appealed to children, such as “Little Orpahnt Annie” and “The Raggedy Man.”  Most of his rhymes and poems were written in dialet, and are considered sentimental.
The plaque at the monument reads, “The “Hoosier Poet” was buried here in 1917.  Known and acclaimed internationally for his poetry about life in the heartland.  He is best remembered today for his poems that appeal to children and the child in all of us, such as “Little Orphant Annie” and the “The Raggedy Man”.  He was especially loved by the many local children who were able to enjoy not only his poetry, but also his time and lemonade on the front porch of his Indianapolis home on Lockerbie Street.  After his death children began donating coins to help pay for his memorial.  The tradition of leaving coins on his monument continues today and money collected is donated to Mr. Riley’s legacy, The Riley Hospital for children.”

Like bell-bottom pants, pet rocks, New Coke, and 8 Track tapes, Riley’s poetry has not stood the test of time.  Many critics think of his poetry as saccharine and cliched.  Today, in the pantheon of American poetry, James Whitcomb Riley is considered a minor poet.  With his star faded, and fewer visiting his grave, a movement has begun to remove his remains to his birthplace of Greenfiled, Indiana, to a grave he purchased next to his parents.

On the Website, jameswhitcombriley.com, the Webmaster writes, “Recently the fame of this great writer has dimmed.  His humanism and glorification of things Hoosier are not so valued now as in former days.  So is it time to allow him to rest in peace where he intended, in his hometown of Greenfield, Indiana?  Should America’s “Children’s Poet” be allowed to have his remains returned to the empty grave he purchased to house his remains?”  That is a question that remains to be answered. 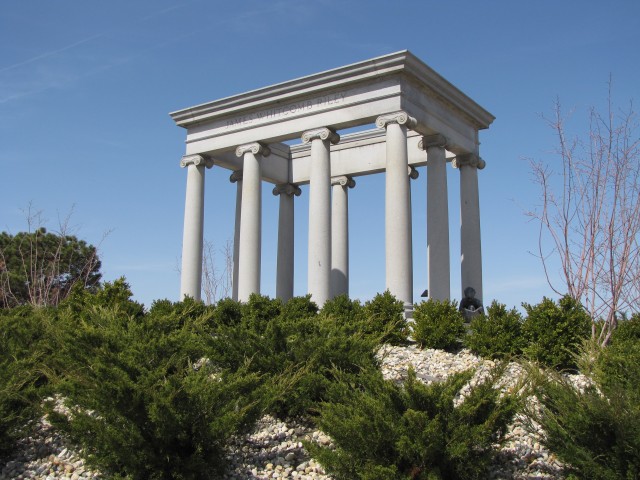 I can not say, and I will not say

That she is dead. – She is just away!

With a cheery smile, and a wave of the hand,

She has wandered into an unknown land,

And left us dreaming of how very fair

It needs must be, since she lingers there.

And you – O you, who the wildest yearn

For the old-time step and the glad return, –

Think of her faring on, as dear

And loyal still, as she gave the blows

Of her warrior-strength to her children’s foes. –

Mild and gentle, as she was brave,

When the sweetest love of her life she gave

To simple things: – Where the violets grew

Blue as the eyes they were likened to,

The touches of her hands have strayed

As revently as her lips have prayed:

When the little brown thrush that harshly chirred

Was dear to her as the mocking-bird:

And she pitied as much as someone in pain

A writhing honey-bee wet with rain. –

Think of her still as the same, I say:

She is not dead – she is just away.

1 Response to The Hoosier Poet