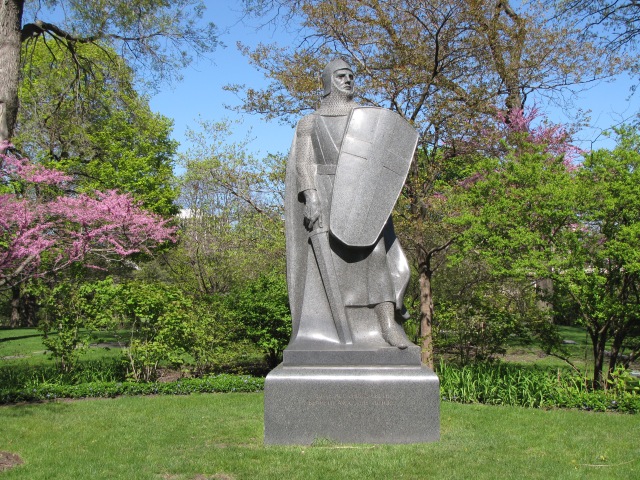 Only a master carver could sculpt this magnificent statue from stone as hard as this granite.  In fact, the celebrated Lorado Taft, one of the finest sculptors of his day, created this monument in 1931, for Victor Lawson (1850-1925).  Lawson was a newspaper man.  He had inherited SKANDINAVEN, a Norwegian-language newspaper, but met Melville E. Stone, Chicago Daily News founder and purchased the Daily News in 1878.

Lawson grew the Chicago Daily News into a newspaper powerhouse, with one of the largest circulations in the United States.

The reference to women is dropped in the epitaph on the monument, to pay homage to what an old newspaperman sought during a long career, Truth.