Posted on August 26, 2019 by gravelyspeaking 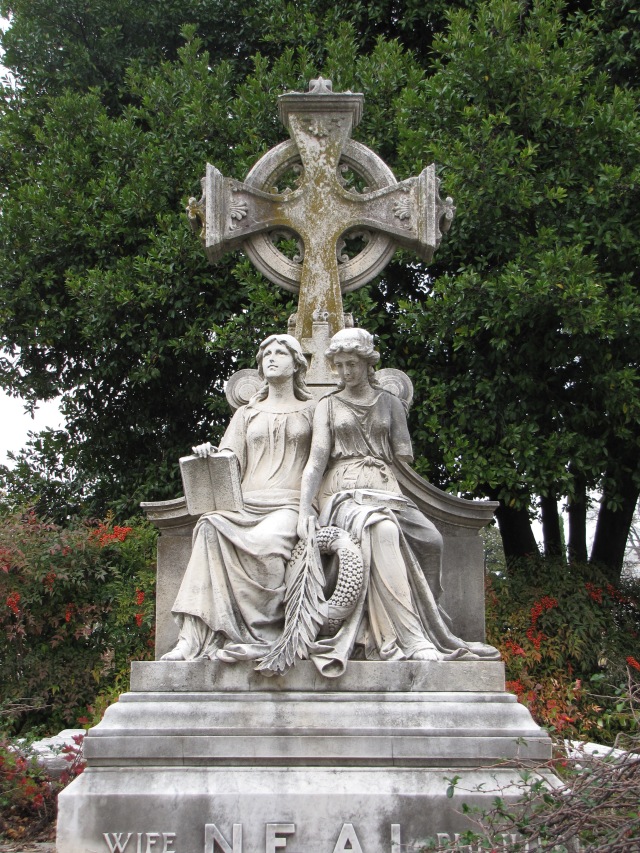 The monument in the historic Oakland Cemetery in Atlanta of two women sitting next two each other could be of two goddesses or two sisters.   The monument, however, was carved to represent a mother and a daughter.

The sculpture to the right represents Mary Elizabeth “Lizzie” the Neal’s daughter, who suffered from rheumatism for several months before her death.  The Times (Shreveport, Louisiana June 23, 1889, Sunday) wrote, “Miss Mary Lizzie Neal of Atlanta, Georgia…was long a sufferer of the fatal disease, paralysis of the heart, which has at last snapped the tender cord and torn her from adoring parents and sister.  She was formerly a Minden girl and a general favorite with her numerous friends here and elsewhere who mourn her untimely end.” 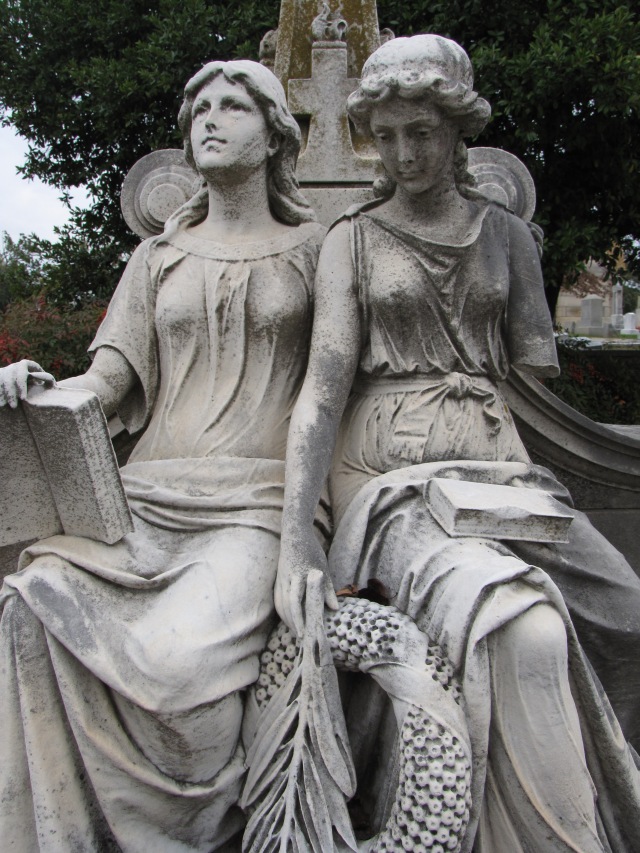 According to Images of America: Historic Oakland Cemetery by Tevi Taliaferro (Arcadia Publishing, 2001, page 99), the Neal monument was “Designed in the neo-classical style, the Neal Mother and Daughter monument features both women dressed in flowing Greek or Roman robes.  The wreath symbolizes eternity and the palm branch indicates spiritual victory over death.  The open book represents knowledge learned on Earth, while the closed book symbolizes what can only be learned in Heaven.  The figures are seated in front of a Celtic cross.” 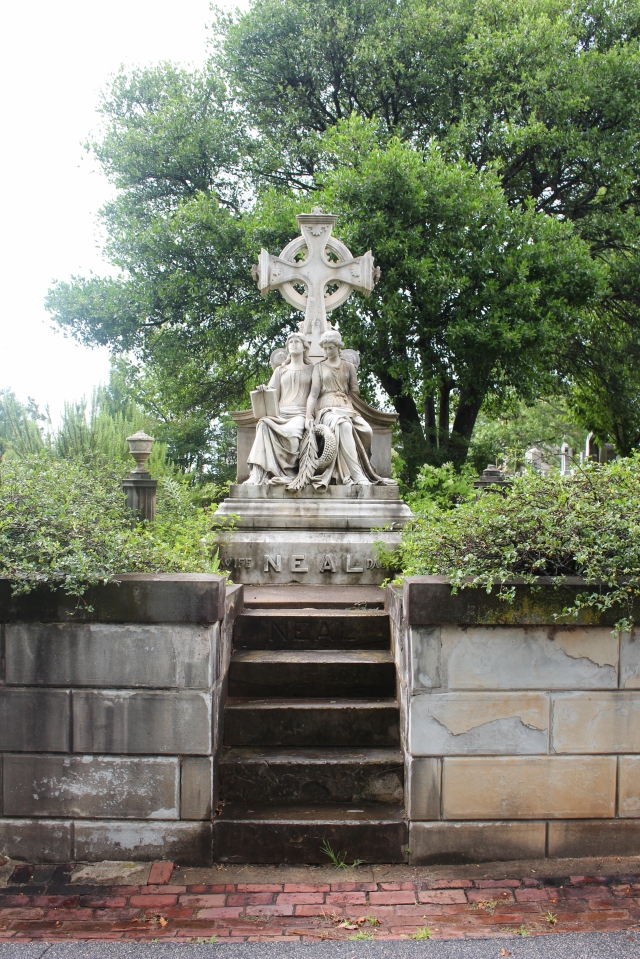 1 Response to Mother and Daughter