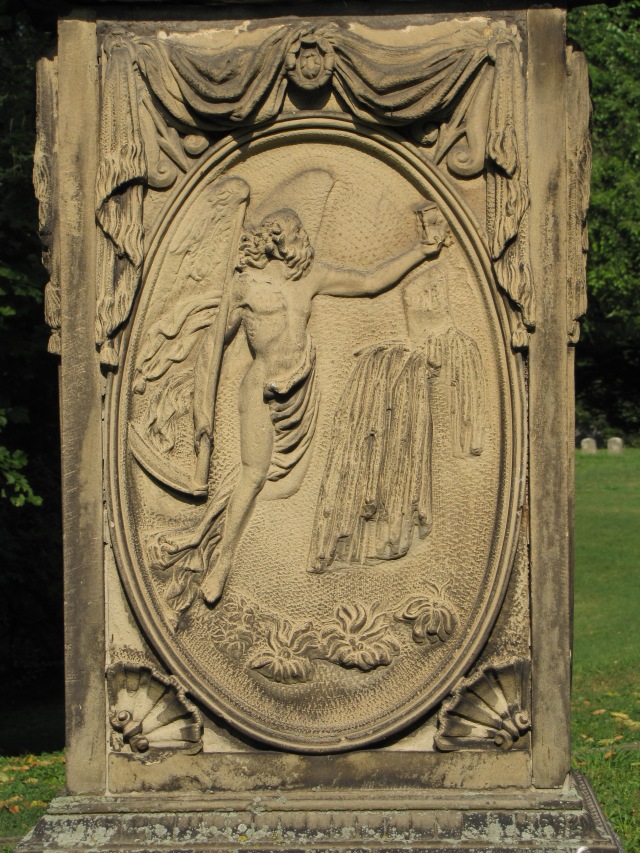 The face of the Owen and Ann Cwathmey Monument at the Cave Hill Cemetery, Louisville, Kentucky

There are many images of Death at the door.  The question when the door opens is, “Who is knocking—is it the Grim Reaper or is it Father Time?”

The differences between the two are subtle, especially since they are both often seen with the same instruments—the hourglass and the scythe.  The main difference is in body type and clothing.

Father Time is a good eater and, as so, is usually depicted as a portly figure whereas the Grim Reaper spends more time at the gym and is more svelte and in shape—often depicted without a shirt exposing a muscular body.  Swinging the scythe while harvesting souls is a great ab exercise.

Father Time is often depicted wearing a long robe as he ushers out the passing year while the Grim Reaper is seen sporting a cloth around his lower regions. 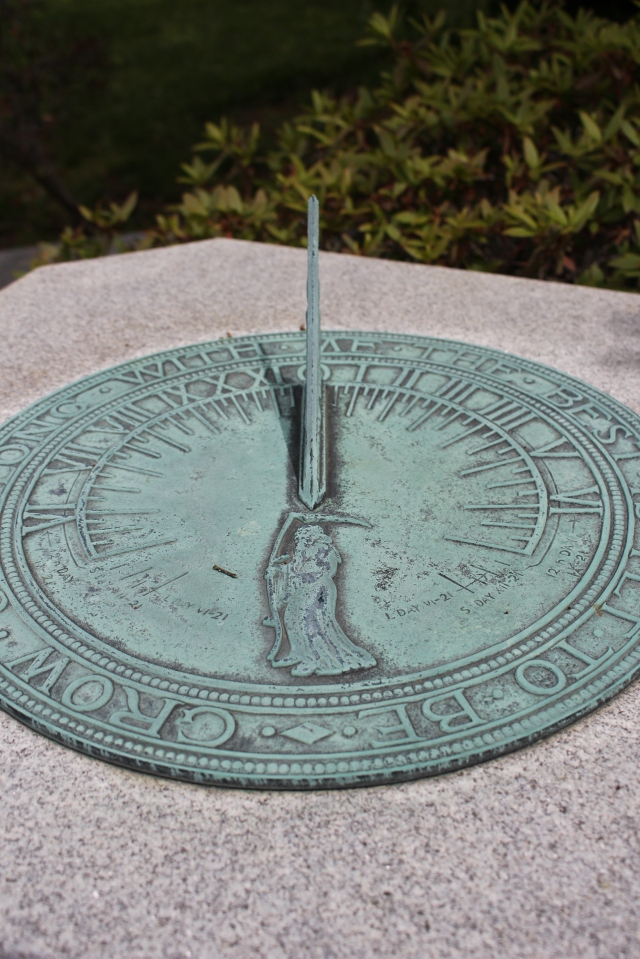 SENG-EICHER sun dial marker–It is appropriate for Father Time to be on and instrument of Time!

So, now when you hear the knocking, you’ll know the difference when you open the door!

1 Response to Which Bearded Mythological Character Is More Buff?