Posted on September 9, 2018 by gravelyspeaking

A few years ago I had a business trip to Freeport, Maine, the home and headquarters of the L. L. Bean Company.

The early failure and then success of Leon Leonwood Bean is legendary.  As a young boy, Leon was an avid hunter, fisherman, and outdoors man.  He was used to traipsing around the woods, marshes, and riverbanks in search of game and fish.  What he didn’t like, however, was the water that seeped up through his boots and soaked his feet. 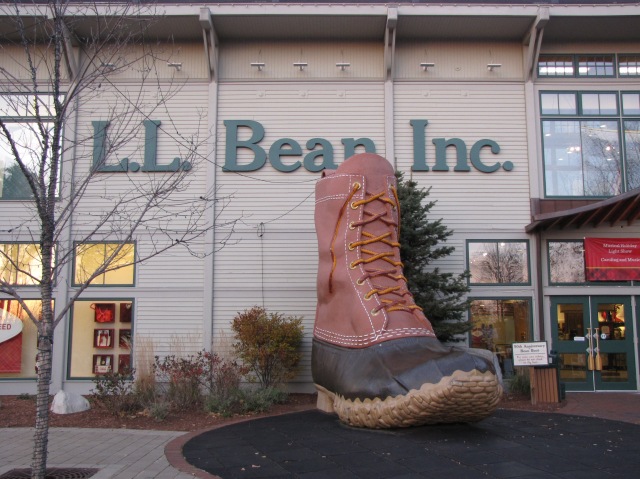 On display outside the L. L. Bean Company is a monument to the Maine Hunting Shoe (also known as a duck boot) the company’s first and most famous product.

So, he went about inventing a boot that was rubberized to repel the water.  In 1912, Bean enlisted the services of a local shoe cobbler and had 100 pairs made for sale–which he sold through a mail-order catalog with a full refund policy if customers weren’t satisfied.  Of that first 100, 90 pairs of boots were returned.  Undaunted, he kept experimenting until, working with the U. S. Rubber Company, he came up with the right formula for the rubber that would not crack.  He made good on his promise and replaced all 90 of the pairs of boots that were returned.

His money-back guarantee and a unique and superior product gained him customers across the country.  Eventually he expanded his line of sporting goods to include clothing, tents, backpacks, and various other outdoor goods.  What started out as a small boot operation is now close to a two-billion dollar sporting goods mail order business still based in Freeport, Maine. 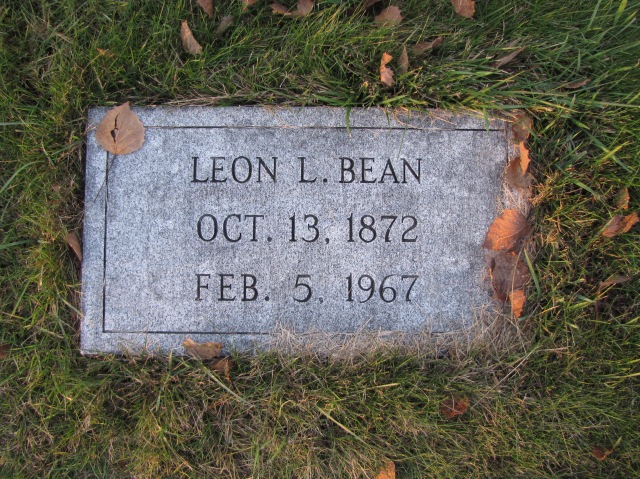 L. L. Bean died in Pompano Beach, Florida, at the age of 94. He was interred in the Webster Cemetery next to his wife, Bertha, in Freeport, Maine.  His gravestone is a modest, light-gray, unpolished granite grass marker. 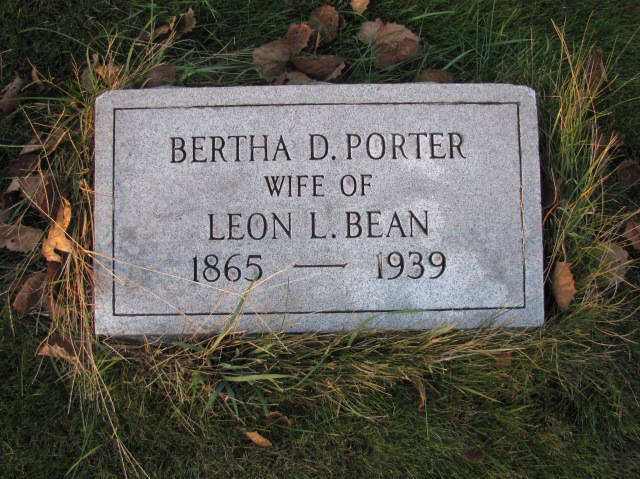