Not far inside the Gothic gates of the Green-Wood Cemetery in Brooklyn, New York, is the David and Adelia Stewart mausoleum.  The mausoleum was designed by Stanford White, of McKim, Mead and White, at one time, the largest and most prestigious architectural firm in the world.

The mausoleum is fairly plain ornamented with putti, or three winged and chubby-cheeked cherubs topping the building. 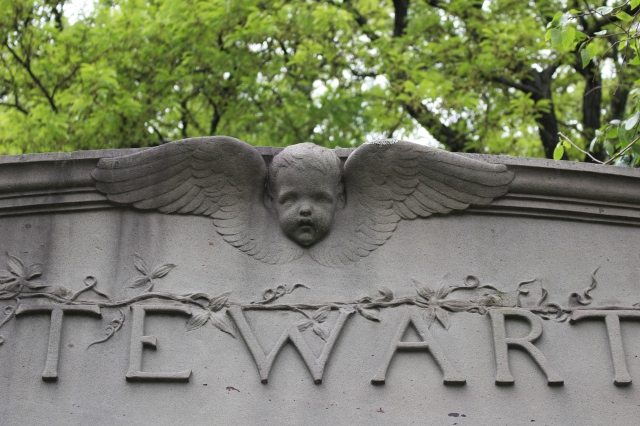 Underneath the cornice, a leaf design twines above the STEWART family name.  The bronze panels on either side the door feature an angel, both seated.  One holds a scroll with the Bible verse Matthew 5:4, “Blessed are they that mourn for they shall be comforted.”

The other angel, masculine with thicker arms and without flowers intertwined in his hair, holds a long trumpet and most likely represents Gabriel—a subtle laurel leaf and twig motif is in the background.  The laurel leaf symbolizing victory over death.

Stanford White collaborated with Augustus Saint Gaudens on several projects including Saint Gaudens most famous funerary sculpture created for Clover Adams in St. Paul’s Rock Creek Cemetery in Washington, D.C.  There is some dispute, however, about how much White and Saint Gaudens collaborated on this mausoleum.  According to Nancy Adgent, in the article, “Augustus Saint Gaudens: Bringing the American Renaissance to the Cemetery,” page21, MARKERS XXXIV, it is unclear if the putti were crafted by Louis Saint Gaudens, brother to Augustus.  It does seem clear that Augustus did model the angels, though they are clearly before he had fully developed his concept of the angel created for Amor Caritas.  The wings are not intricately defined and the faces of the angels “are not the iconic Davida visage” in his master work. 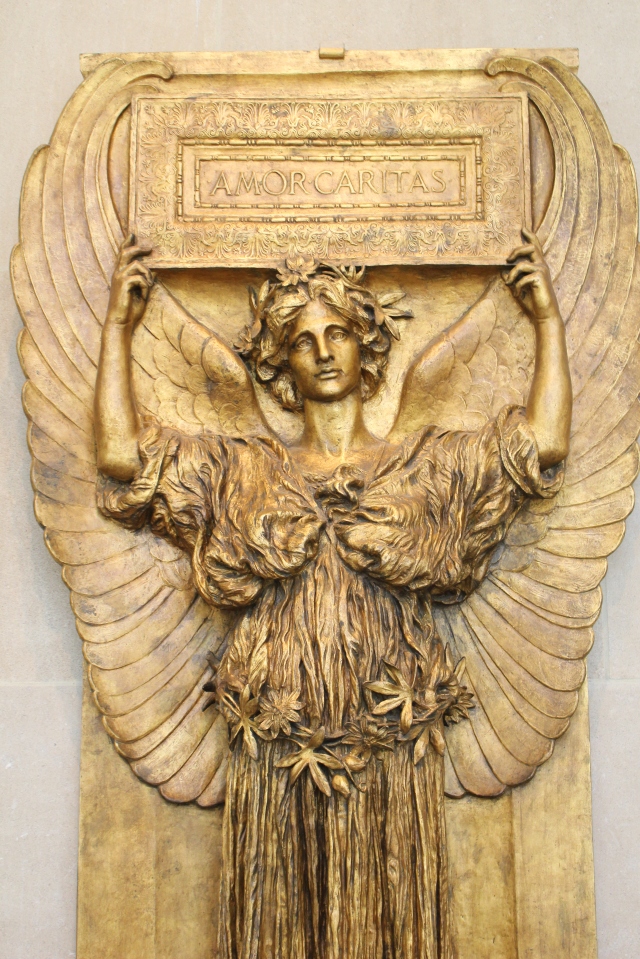 Typical of the many of the designs in which White and Saint Gaudens collaborated is the egg and dart motif around the bronze door to the mausoleum and the treatment of the lettering—“u” is replaced with a “v” and a dot appears between each word on the banner the angel is holding to the left of the door into the mausoleum.  According to the article, the design work of the figures is Saint Gaudens’s work. 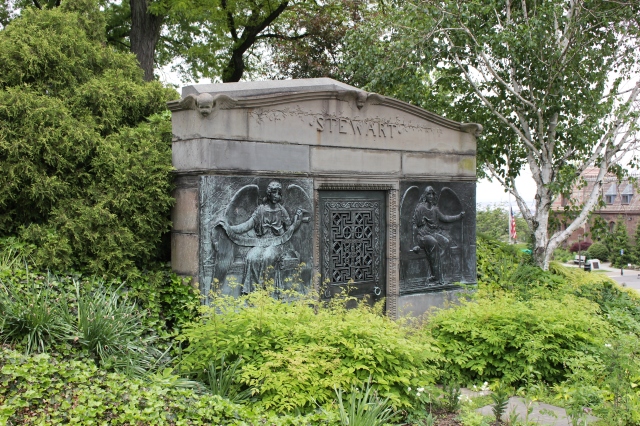 This entry was posted in Angels, Mausoleums, Symbolism. Bookmark the permalink.