A few posts ago, I quoted June Hadden Hobbs, the editor of the Association for Gravestone Studies publication, Markers XXIX, who made an observation about nineteenth-century cemetery design (pages 4 and 5) writing that, “statues of men are historical while statues of women are usually allegorical.” Statues of men tend to be portraits while statues of females are nearly always not a representation of the deceased female but of an idea.

Another example of that can be found in the Crothersville Cemetery at Crothersville, Indiana. Two white marble statues mark the graves of Elisha Collins Bess, Sr., (May 16, 1837 – June 23, 1917) and Martha Jane Bess (April 13, 1840 – June 15, 1912). One statue features an aged slightly stooping bearded man in a suit and hat. Clearly a sculpture of the deceased Elisha. 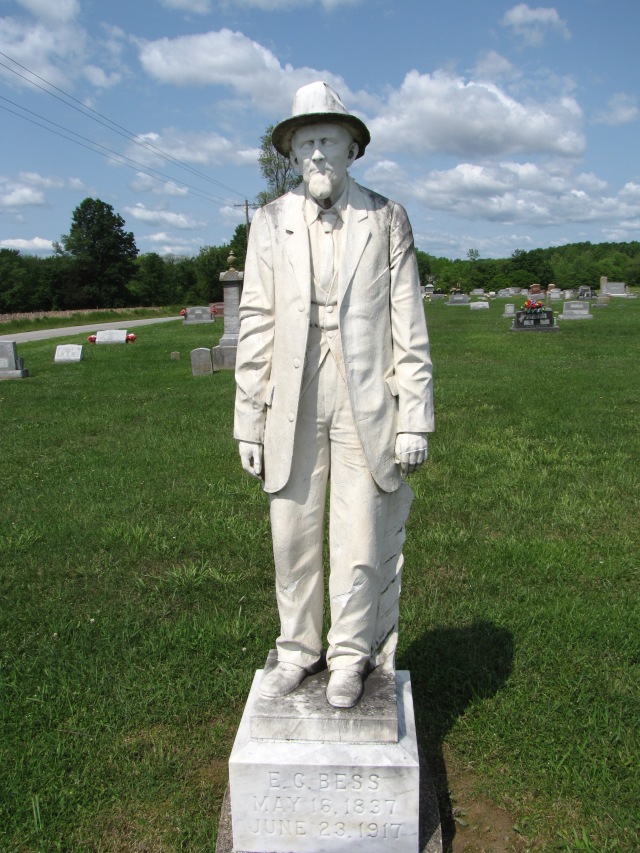 To the left of him is the statue that marks the grave of his wife, Martha Jane. She, however, is depicted as the allegorical figure of faith. The indication of that is that she holds a cross in her left hand. She is also portrayed in classical clothing, not the period dress that Martha Jane would have worn at the time of her death. Her statue is a young idealized portrayal of a virtue in the form of a woman, not the portrait sculpture of the 72-year old Martha Jane Bess buried beneath.

The sculptures reflects the gendered response to death of the era. According to Laurie Stanley-Blackwell and Brenda Appleby in an article in Markers XXIX, “Romancing the Stone: Female Figural Monuments in Late-Nineteenth-Century Nova Scotia Cemeteries” page 37, “During this era. Prominent male statesmen, was heroes, prosperous businessmen, and religious leaders prevailed as the most deserving subjects for memorialization.” That is men were much more likely to have a realistic portrait in sculptural form than a woman—though, exceptions do exist. 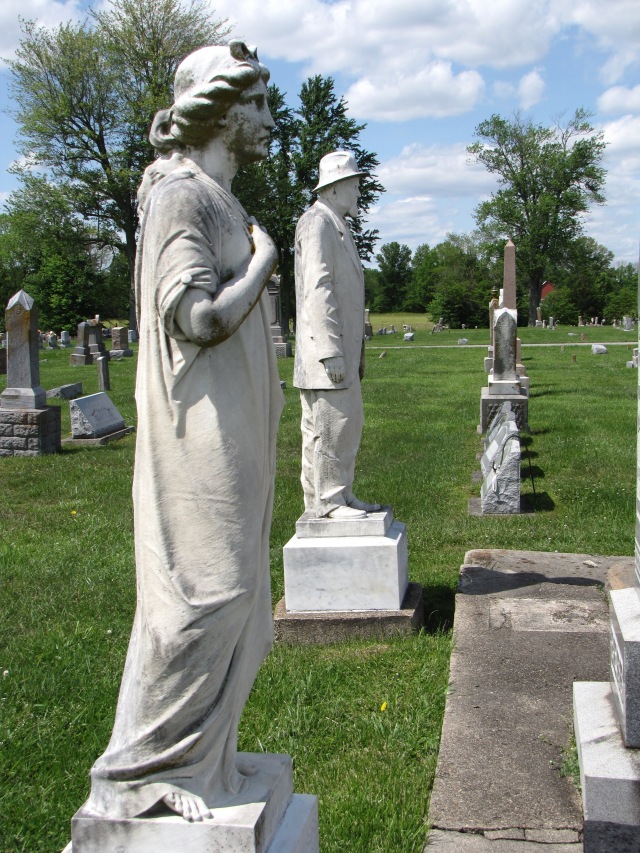 Women on the other hand were part of the romanticization of death during the Victorian era. Women were quite often portrayed in classical garb, often in mourning, depicted overcome by grief. As Stanley-Blackwell and Appleby describe, “These secular marble beauties were idealized, etherealized, and in some cases eroticized embodiments of ritual mourning. They represented a wide spectrum of mythologized female experiences, from classically austere and occasionally featureless to romantically voluptuous, barely clothed, in some cases starkly nude.”

True to form, the statues marking the graves of Elisha and Martha Bess illustrate the point made in the article written by Laurie Stanley-Blackwell and Brenda Appleby.