Ordinarily this space is confined to blog posts about North American graves. But, vacation abroad and a visit to one of the most famous graves in whole of England merits a slight and hopefully memorable change of pace. 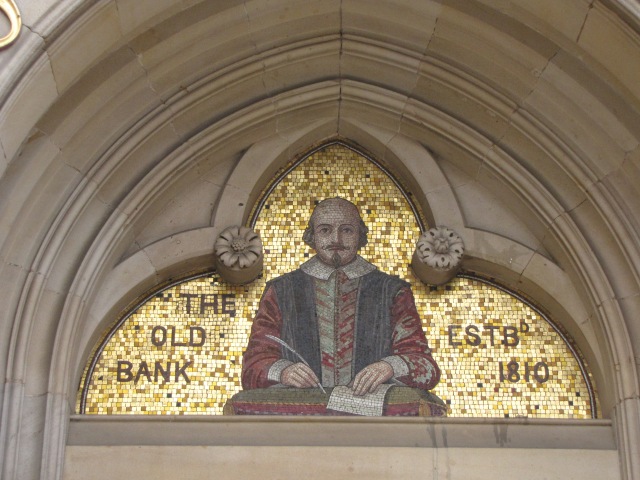 A mosaic of Shakespeare above a doorway into a Stratford bank

In 1564, in the small village of Stratford-upon-Avon, William Shakespeare was born, the son of John and Mary Shakespeare. John was a prosperous glove maker but his son was destined to become one of the most celebrated playwrights and poets in the whole and long literary history of England. 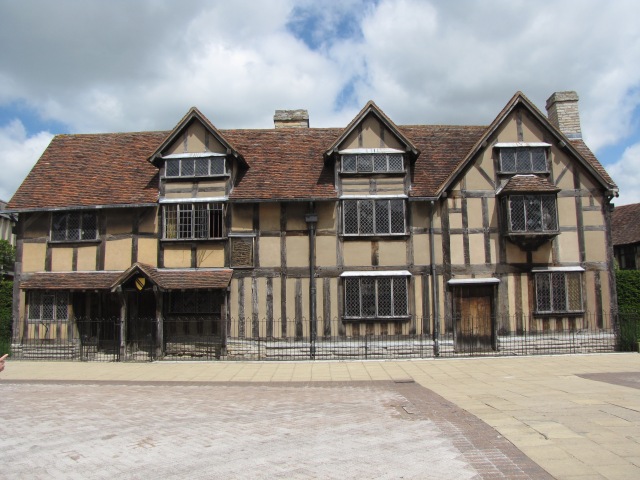 It is difficult to estimate his influence on drama, the English language, poetry, and the lives of countless high school students worldwide who have read his works and been tested accordingly.

The sole industry in sleepy Stratford is selling Shakespeare. His image is seen everywhere—selling ice creams, on store fronts, in alcoves, in statuary in the park, on signage of all kinds.     Shakespeare is seen everywhere. Without the Shakespeare birthplace, Ann Hathaway’s cottage, his daughter’s home—Hall’s Croft, his mother’s farm, along with his burial place in Holy Trinity, Stratford would most likely be no bigger than neighboring Henley. It is also the home of the Swan Theater and the Royal Shakespeare Company. But, be sure Shakespeare not only left a mark on sleepy Stratford, but all of literature.

In the floor of the chancel at the Holy Trinity Church at Stratford-upon-Avon is the grave of William Shakespeare with what may be the world’s most well-known epitaph:

TO DIGG THE DUST ENCLOASED HEARE.

AND CURST BE HE TY MOVES MY BONES. 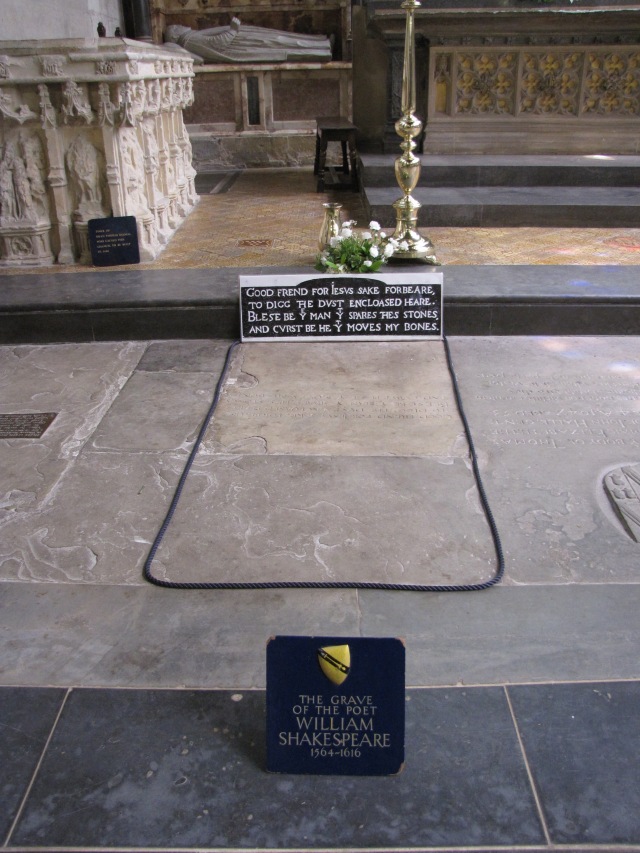 In addition to the grave in the chancel, a memorial bust on the chancel wall honors William Shakespeare, as well.