Posted on October 14, 2014 by gravelyspeaking

Here, is the gravestone of Mary, her barely visible and the other details originally carved into the gravestone eroded and unreadable.  It is clear, however, that this gravestone commemorates the death of a little girl.  She is seen represented lying down, her arm underneath her head forming a pillow on which she can sleep.  Directly under the sculpture of the little girl, are three poppies carved into the upper portion of the pedestal. 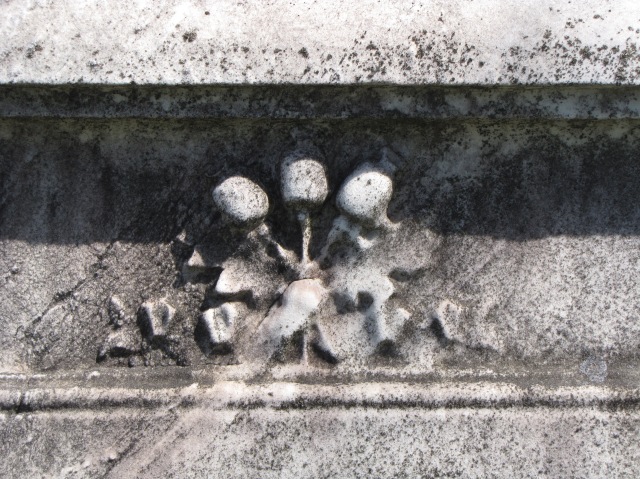 In cemetery symbolism the poppy represents eternal sleep.  Just as it was portrayed in the movie, The Wizard of Oz, the main characters lie down in a field of poppies where they fall into a deep sleep.  That same imagery is used here.  Mary falls into an eternal sleep over a sprig of three poppies. 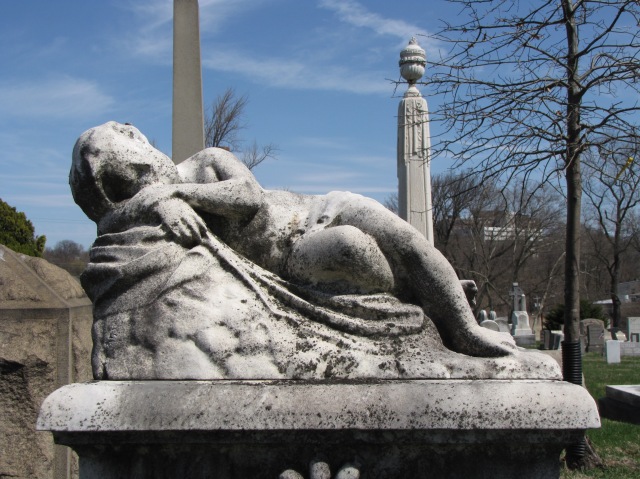 This entry was posted in Children's Graves, Symbolism. Bookmark the permalink.