Posted on November 27, 2013 by gravelyspeaking 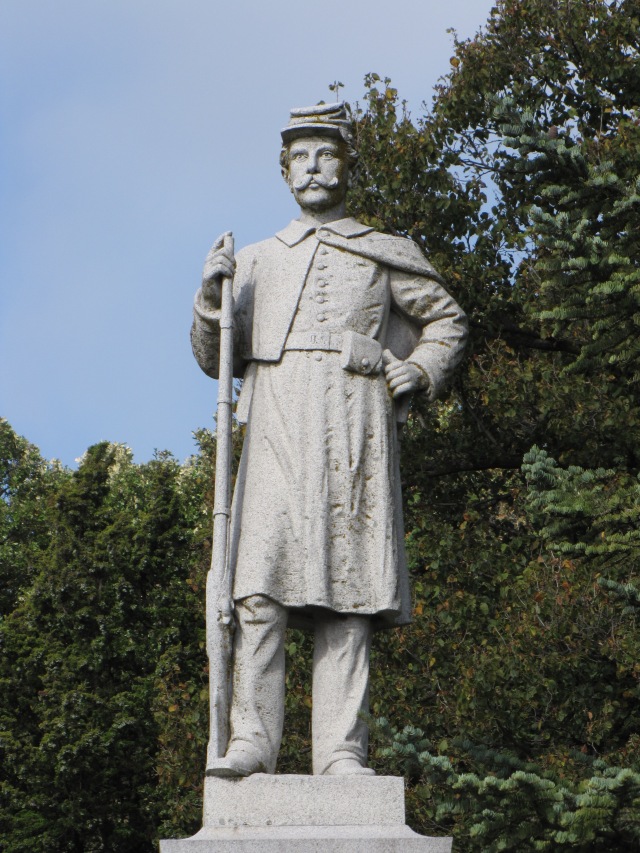 Many memorials and commemorative statues were erected to honor the Civil War dead in cemeteries and town squares across America.  These statues most often include the statue of a soldier perched on a pedestal, often with the war dead buried beneath it. 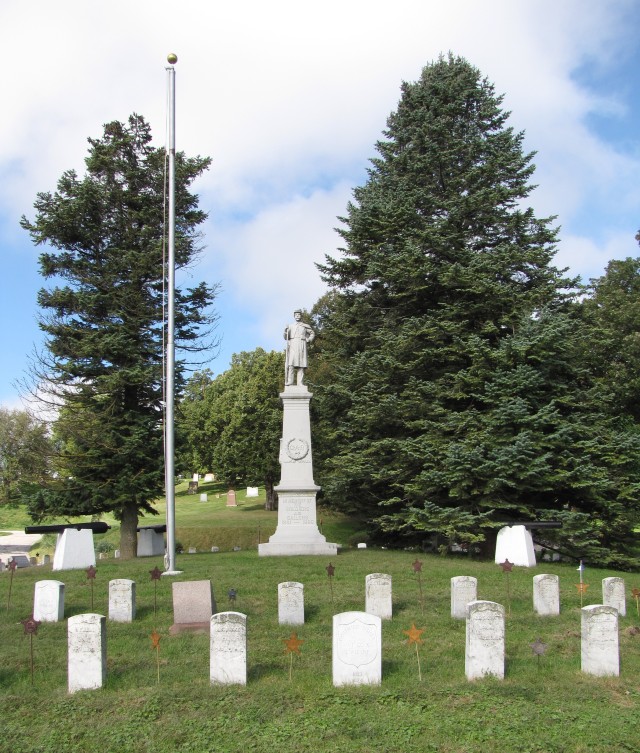 No other war  was like the American Civil War for Americans because every sailor or soldier, every collateral death, every field or railway yard that was destroyed, every city or town devastated by artillery was American.  And, more Americans were killed in the Civil War than any other war that Americans have fought in.

During the Civil War Americans were fighting against Americans. Brothers against brothers—cousins against cousins, every casualty and every fatality was an American. The war tore the country apart and threatened the existence of the Republic.  Cemeteries throughout the United States pay tribute to the soldiers that fought to preserve the Union, often with special sections where soldiers are buried. 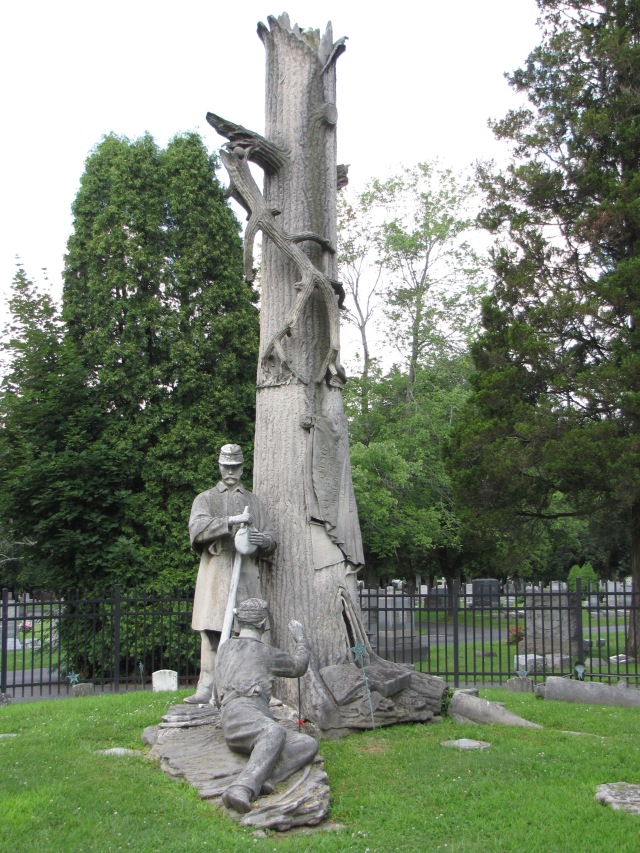 The example of the Civil War Memorial in the Union Cemetery at Uhrichsville, Ohio, is a dramatic example.  It is carved in limestone in the rustic style that was popular in the late 19th Century.  The main element is the large tree-stump in the center of the memorial, which is a symbol of a life cut short.  In this memorial, too, are two soldiers, one who appears to have been wounded.

In addition to that, that memorial features other symbols of interest. 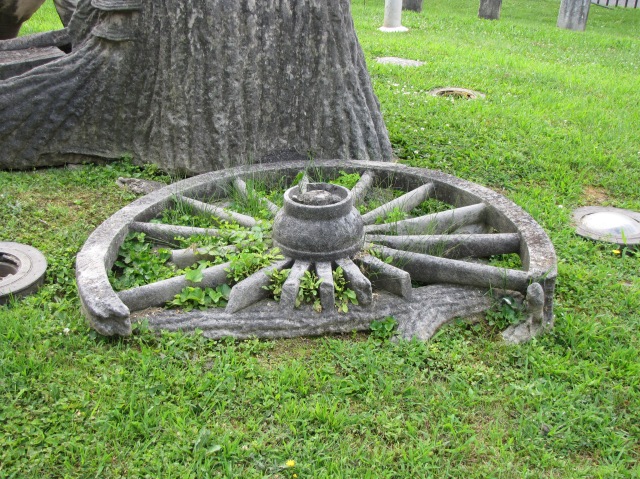 At the base of the tree, lies a broken wagon wheel.   The wheel is broken, the circle is incomplete at the bottom with spokes hanging freely.  The wheel is a metaphor for the circle of life which is broken by death.  Many symbols, like the hanging and broken bud, the broken column, and the broken wheel represent the end of life’s journey. 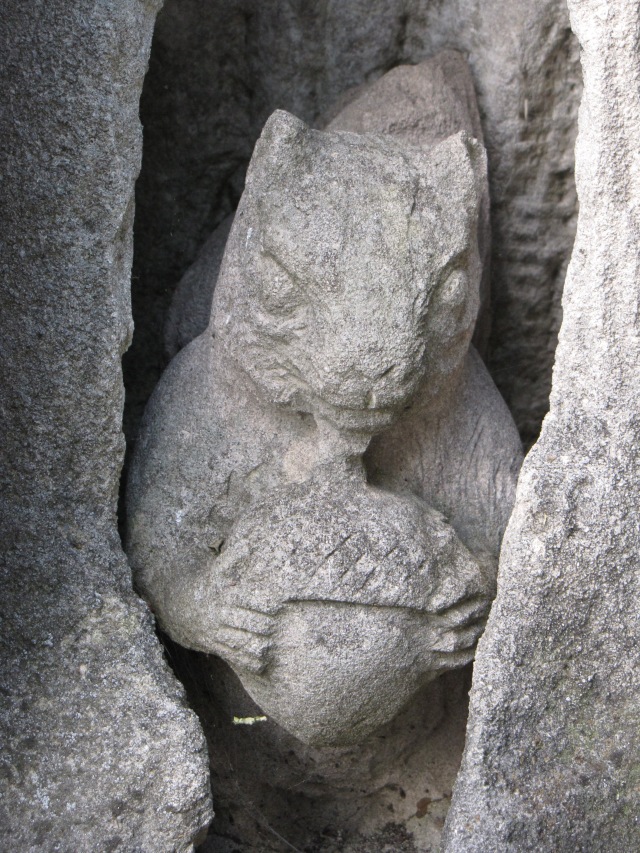 Note: I first saw the gravestone above on the Website: www.graveaddiction.com.  Beth Santore, the Webmaster has photographs of hundreds of cemeteries posted on her site.  I highly recommend her Website, especially for those tramping around Ohio graveyards!

1 Response to The Civil War