Posted on August 10, 2013 by gravelyspeaking

Who Departed this Life

The 14th day of November

Here again on this gray slate gravestone in the Granary Burying Ground at Boston is an example of the skull and crossbones symbol broadcasting the message to “remember death”.  This gravestone, however, is a bridge between the memento mori symbolism meant to remind that life was short. 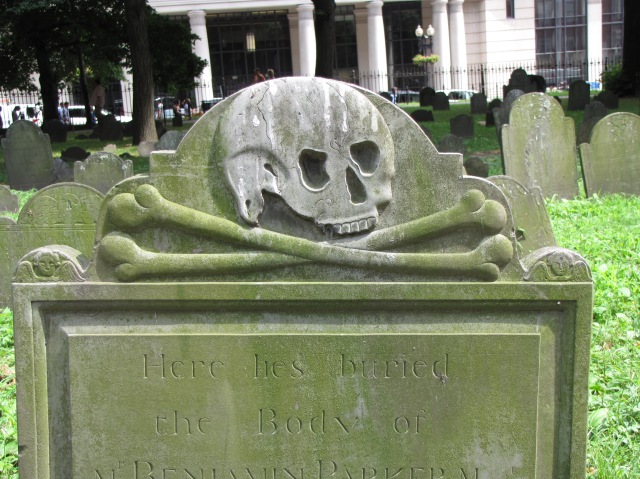 Here, just on the edges of the gravestone were the beginnings of a softer message.  Two small winged cherub faces are carved on the marker.  These images are called “soul effigies”.  They mark the transition away from harsh Puritan theology to the gentler Age of Enlightenment that gave way to the sentimentality of the Victorian Era.

These figures represent the flight of the soul away from the body, presumably to Heaven.  Instead of the symbolism of skulls, bones, grave-digging equipment and the like, the soul effigies speak to a message of optimism and the glory of the soul and the hereafter.