Posted on November 21, 2012 by gravelyspeaking 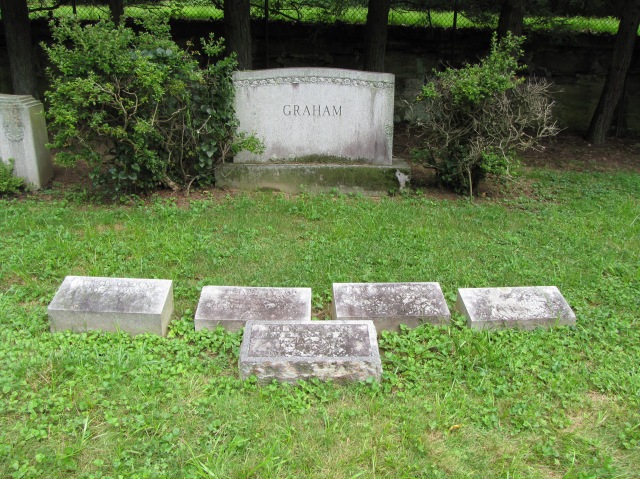 But who would have thought that the founder of a renowned cosmetic line and the creator of the “makeup makeover” would have had a name makeover.  Florence Nightingale Graham who founded a cosmetic empire became Elizabeth Arden.  Graham pieced her name together by joining the name Elizabeth after one of her first business partners with the name Arden from the tragic Alfred, Lord Tennyson poem “Enoch Arden”.

At the height of her career in cosmetics it was said that Elizabeth Arden as a brand ranked with Coca Cola for world-wide recognition.  Her cosmetics adorned royal faces such as Queen Mary and Queen Elizabeth and Hollywood royalty and icon Marlene Dietrich and eternal sex symbol Marilyn Monroe.  Her fame and contribution to the cosmetic industry won her the recognition of the French government which awarded her the Legion of Honor in 1962, four years before her death.  When Elizabeth Arden died in 1966, she was buried in the Sleepy Hollow Cemetery at Sleepy Hollow, New York, in the Graham family plot on a shared footstone with her sister, Lillian Graham.  Elizabeth Arden is buried under the name Elizabeth N. Graham, a nod to the first name she took and the last name with which she was born.