Posted on April 5, 2011 by gravelyspeaking

No other event in the 19th Century had a larger affect on America than the Civil War.  It tore the country apart and involved people from every corner before it was over.  Over a million people were wounded and killed–625,000 from the North and over 400,000 from the South.

After the war, The Grand Army of the Republic (G.A.R), a veteran’s organization, was founded April 6, 1866, in Decatur, Illinois.  The organization admitted veteran’s who served honorably in the Union Army, Navy, or Marines between April 12, 1861, and April 9, 1865.

Various metal grave markers can be found throughout American cemeteries marking the graves of the men and women who served during the war.  These take many forms. 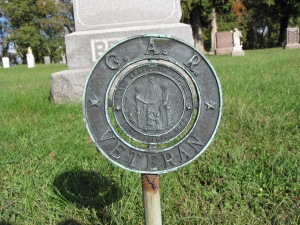 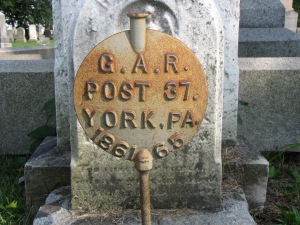 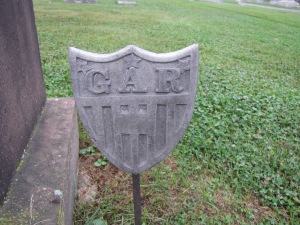 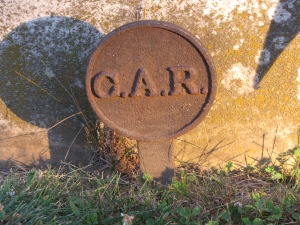