Posted on April 2, 2011 by gravelyspeaking

The Schoenhofen Mausoleum in the Graceland Cemetery at Chicago, Illinois, is another grand example of Egyptian Revival Funeary Architecture.  The Egyptian and Christian symbolism share an uncomfortable coexistence.  The mausoleum displays images of the ancient pharaonic religion including the sphinx, the scarab, and the uroei.  Many Christians objected to Egyptian motifs and their non-Christian origins.  To soften the impact, designers often included Christian symbolism.  In this case an angel looks up toward Heaven opposite the spinx standing guard by the doorway. 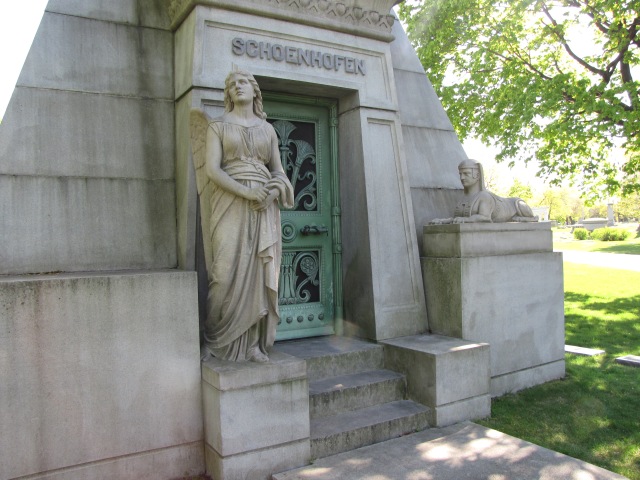