“YOUR HEART SHALL LIVE FOR EVER” 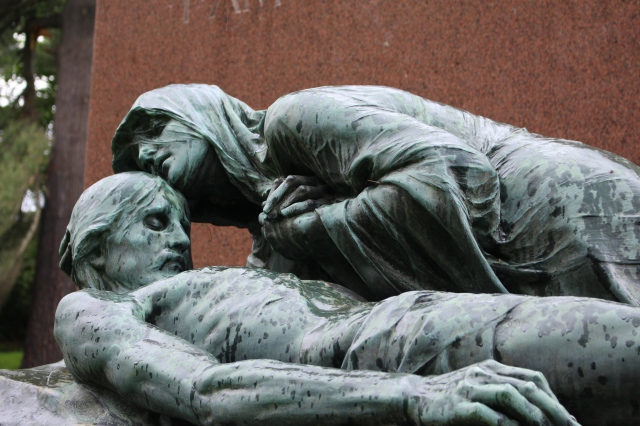 The Hubbard family monument in the Green Mount Cemetery at Montpelier, Vermont, features a bronze sculpture of the Virgin Mary cradling the head of Jesus Christ on top of a highly-polished red granite monument.  Sculptures depicting Marry with the dead body of Jesus are known as a pieta statue. This sculpture on the Hubbard Family Monument was created by French artist J. Perrin in 1908 and cast at the R. Barbedienne Foundry at Paris.

Works of art, usually sculptures, depicting this subject have a long history in Christian art.  The first of these images began to appear in Germany in the 1300s and are referred to as “vesperbild” in German.

Images of Mary and the dead body of Jesus began to appear in Italy in the 1400s.  The most famous of these sculptures is Michelangelo’s pieta which he sculpted for St. Peter’s Basilica in the Vatican, carved when he was only 24 years old.

Pieta is Italian for “pity.” 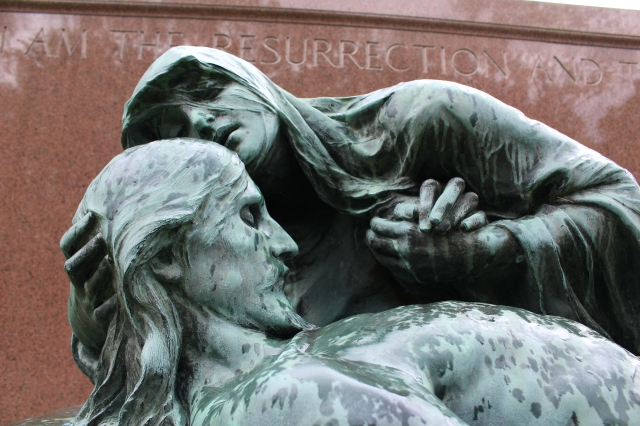