Posted on January 27, 2016 by gravelyspeaking

One of the most oft visited graves in the Père Lachaise Cemetery at Paris, France, is that of Frédéric François Chopin (February 22 or 1 March 1810 – October 17, 1849), the Polish composer and prodigy who was considered one of the greatest musicians of the Romantic Era.

Chopin was born and raised in Warsaw, Poland, but at the age of 21 moved to Paris where he spent the rest of his short life composing and teaching piano. He gained enormous fame after Schumann touted Chopin as a musical genius elevating him to superstar status.

Chopin had a fragile constitution and was in declining health in his mid to late 30s. Most historians believe that Chopin died at the young age of 39 of tuberculosis. One of his dying wishes was to be buried in Paris, but to have his chest opened, so his heart could be removed and buried in the city of Warsaw. His sister, Ludwika, fulfilled her brother’s wishes returning his alcohol-preserved heart, in an urn to his homeland. 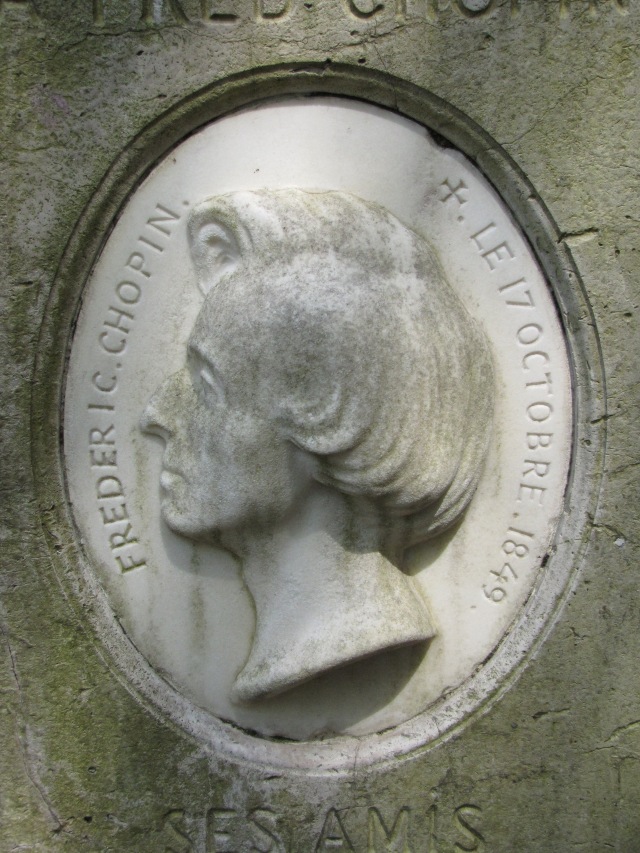 His gravestone in Père Lachaise has a sculpture of Euterpe, the muse of music, sculpted by famed artist Jean-Baptiste Auguste Clésinger. Euterpe cries over a broken lyre, a probable metaphor for the loss of the great musician. 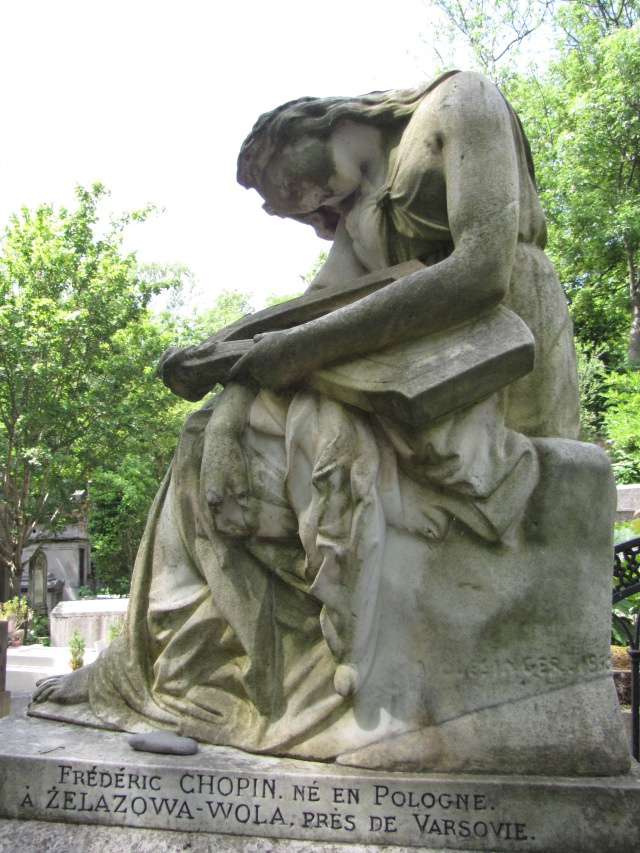