Posted on January 15, 2013 by gravelyspeaking 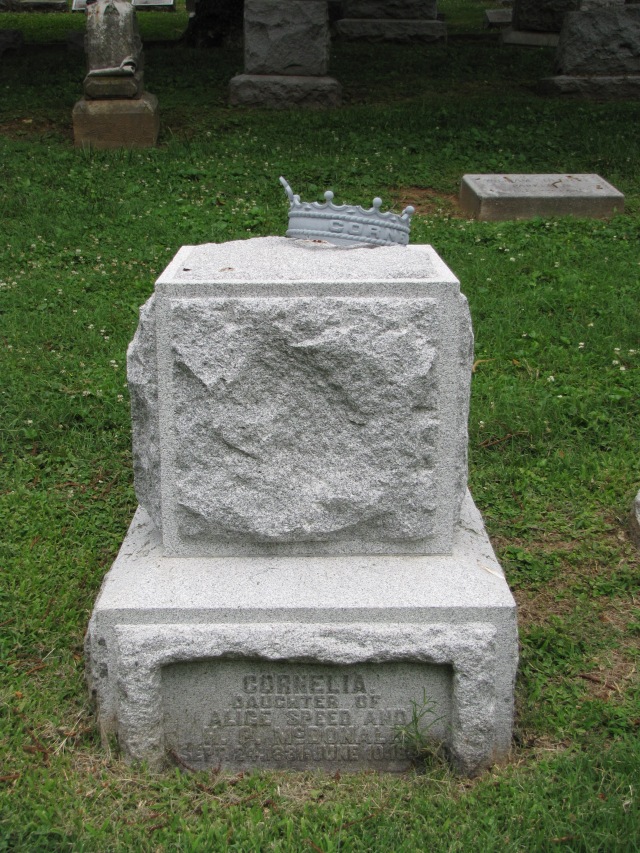 The crown on the gray granite block gravestone of Cornelia McDonald in the Cave Hill Cemetery at Louisville, Kentucky, represents victory.  The crown is a symbol of glory and reward and victory over death.  The reward comes after life and the hard-fought battle on Earth against the wages of sin and the temptations of the flesh.  The reward awaits in Heaven where the victor will receive a crown of victory.

The crwon also represents the sovereign authority of the Lord.