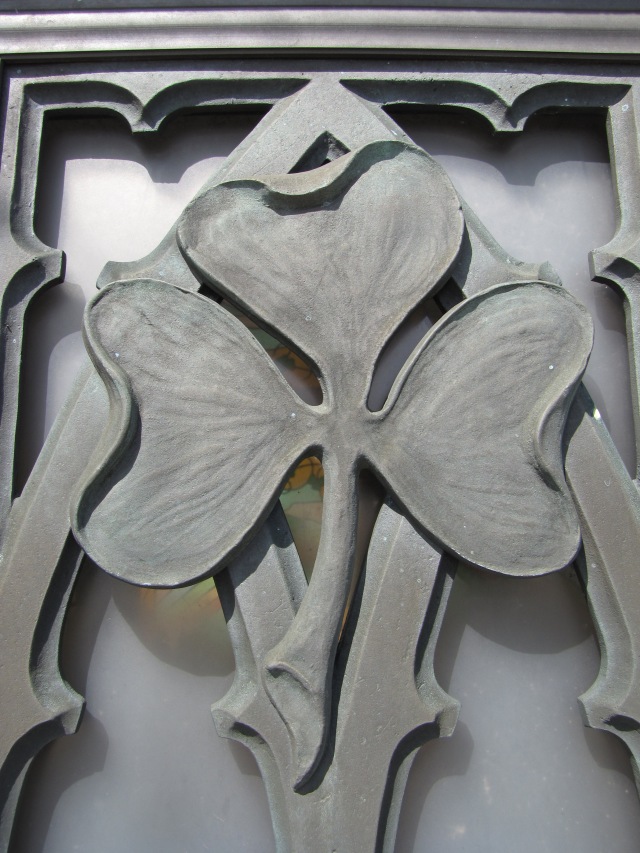 The clover is the symbol of Ireland because legend has it that St. Patrick, the country’s patron saint, brought it to the emerald isle.  The three leaves of the clover represent the Trinity–the Father, the Son, and the Holy Ghost.

The craving above has the clover tucked inside a horshoe.  To a superstitious person, a horseshoe with the ends pointing up, is viewed as good luck.  These can ususally be found tacked up above a doorway and kept as a talisman.  The claim is that the luck stays in the horseshoe and is bestowed on the owner.  Conversely, some believe that if the horseshoe has the ends pointing down, the good luck will drain from the shoe and be bestowed on those around it.  In gravestone art, however, the horseshoe is a symbol that wards off evil, not as a good luck charm.

1 Response to The Clover